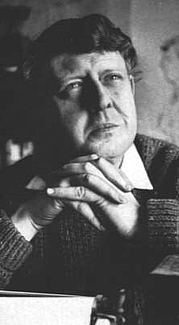 His dystopian satire A Clockwork Orange, widely considered to be his magnum opus, is by far his most famous novel, and was adapted into a famous, if highly controversial, 1971 film by Stanley Kubrick. However, the author later dismissed it as one of his lesser works. Burgess produced numerous other novels, including the much loved Enderby quartet. He was also a prominent critic, authoring acclaimed studies of classic writers such as William Shakespeare, James Joyce, D. H. Lawrence and Ernest Hemingway.

Aside from literature, Anthony Burgess was an accomplished musician[4] and linguist; he composed a number of libretti and translated, amongst others, Cyrano de Bergerac, Oedipus the King and Carmen.

Legacy libraries are the personal libraries of famous readers, entered by LibraryThing members from the Legacy Libraries group.