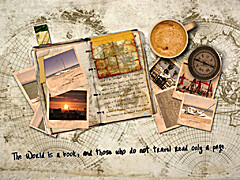 This group is for readers who like to explore through books from around the world. We arbitrarily cover everywhere except UK, USA, Canada, Ireland, Australia and New Zealand; discussions of those countries have a home in our sister-group READING GLOBALLY II. If you are a compulsive literary traveler, you've come to the right place! Our quarterly and standing theme read threads are full of great reading ideas, please join in and share yours there too.

"Reading makes immigrants of us all. It takes us away from home, but more important, it finds homes for us everywhere." ---Jean Rhys

— October to December 2022: Prize winners in their own language


Classics in Their Own Countries 2.0
Starting in 2019, we revived the year-long "classics in their own country" theme read which we first did in 2012. This runs in addition to the four quarterly reads. You can find discussion and suggestions for classics on the following threads.
Asia and the Middle East
Africa and the Middle East
Europe and Turkey
Latin America and the Caribbean

October - December 2012 China and Its Neighboring Countries There is also a wiki with background information and reading lists for this theme read.

GROUP ADMIN:
This group was set up in 2006 by avaland. Others who have served as group administrator since then are rebeccanyc (†) and SassyLassy.

The current admin (since January 2019) is thorold